“A deep listening. A moving essence. A dancing prayer. Each breath a surrender to the spirit of life.” 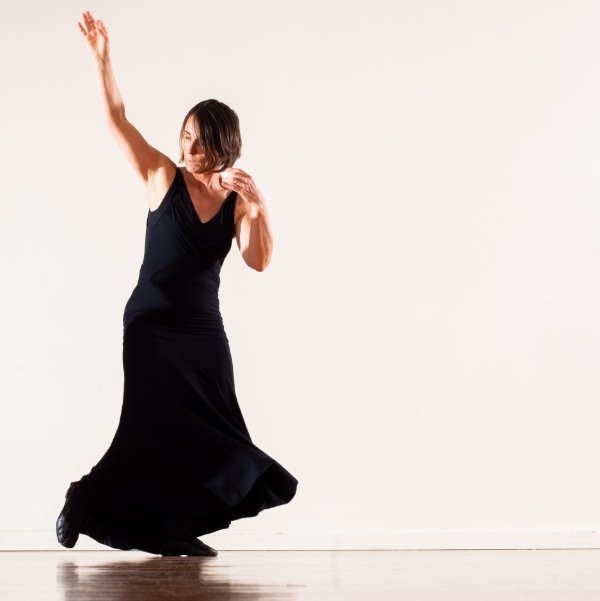 Meredith’s earliest loves were movement based – drama, dance and gymnastics. She trained to work as a health professional and creative dance facilitator in the mental health and disability fields. In the late 80’s she discovered Gabrielle Roth’s book ‘Maps to Ecstasy’ and her passion for embodied movement was ignited. It wasn’t until she moved to London in the mid 90’s that she discovered 5Rhythms classes. She completed her 5Rhythms training with Gabrielle Roth in America in 2001. She taught classes and workshops in Europe before returning home in 2003 to offer the first weekly 5Rhythms® classes in Australia.

Since that time she has added two kids, moved out of Melbourne, seduced her husband into the 5Rhythms and has built an enormous dance tribe with her welcoming and enticing style.

Meredith continues to teach weekly classes, workshops, committed groups, work in schools & ‘live music waves’. As the ‘mother’ of 5Rhythms in Melbourne it was her passion and vision that put Melbourne on the international 5Rhythms map.

Meredith expertly crafts a 5 Rhythms practice space where dancers can explore the rhythms on a deeper level and from this space, transformation blossoms. I am so thankful to experience this!

I have been moving with Meredith for many years, shifting self at both the physical and metaphysical levels. Meredith always holds us with care and challenge, and creates opportunities for us to explore in safety.

Ask a question, send us an email and we'll get back to you