“Our pure flame is only obscured by human strain.  The joy is to see it revealed again and again by courageous dancing souls.” 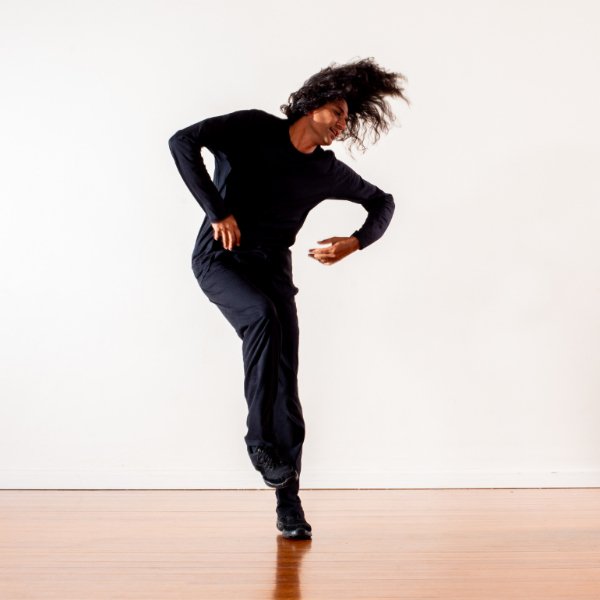 David used to go to the blue light disco and secretly wished he could dance, but boys in country towns don’t do that sort of thing. Instead he channelled his intrinsic love of music and movement into sport and later music performance.

He took a winding path – juggling jobs as an editor, health professional, project manager, songwriter, community musician, performer and facilitator and when he became a father, he supported Meredith’s path as a 5Rhythms teacher by producing 5Rhythms events. In 2011, the call to teach came and he was part of the last training group to work with Gabrielle Roth, a decade after Meredith.

Since that time he has transformed the weekly class Meredith started into the ‘Tsunami Wave’ – a deep catalytic journey at times hosting over 150 dancers. His humour, storytelling, and passion for the embodiment of the 5Rhythms, engages both newcomers and long-term dancers. David has offered classes interstate and overseas, continues his love of a weekly practice and his interest in composing music for ‘Live Wave’ 5Rhythms events.  His album ‘Reveal’ written with producer Terrafunka received much praise from the conscious dancing and teaching community .

“I’m so grateful for the magic David weaves on the dance floor. Time and time again I have stepped into a class and found myself in a movement meditation, guided by his exquisite choice of music. I step out the other side spacious, open and full of gratitude.”

“I did David’s workshop in Sydney & his music mix was so good, it was like my eardrums were having an orgasm”

Ask a question, send us an email and we'll get back to you