I still remember the phone call.

“That was Madhuma – she wants to collaborate and offer a Sunday Sweat at Abbotsford Convent”.

That’s all I remember about that time…

Doing the maths – we were living in the old house. Ella would have just turned 5, Jacob 2. It wasn’t an easy time, we were grieving a couple of horrendous deaths in the family. I was working in the city and helping Meredith with the Tuesday night class and I think we had just started in Castlemaine. I didn’t know it at the time but a year later I was to begin the journey to become a 5Rhythms teacher myself.

But back in 2010 – Madhuma was the new ‘cat’ in town. She’d come to Melbourne from Bermagui. After years of Meredith being on her own it was wonderful. We become friends with her and her lovely man Dipak. They were living southside and running the Thursday night class – I think still at St Johns. Then came her suggestion – collaborate on a class in-between. On the river.

Meredith and I knew the Convent site. We had done ‘creative studies’ there as OT students when it was part of Latrobe Uni. It was an amazing place then – a rabbit warren of old buildings and dripping with history. Though we lived out of Melbourne now, we also knew about all the community action that went on to save this historic site from the developers. It was pretty run down and in need of some love and care – but we all knew what it had most of all. Location, location, location.

It was a brilliant idea from Madhuma so we jumped on board and the Sunday classes started with Madhuma and Meredith alternating. I don’t remember much else – it was fortnightly for a few years, then we were pushed to monthly because the site became more and more popular and everyone wanted to book the place. Renovations happened and the site got better and better. With the growth and interest in the site things became harder for us.

Over the years we have bumped in to find the room in an awful state, been double-booked, offered a timeslot next to a wedding (‘lets dance a quiet chaos’) had disagreements with the site coordinators, told tourists to not film the dancers and much much more. Other venues were trialled as alternatives – Albert Park, Royal Talbot, Preston but none capture the magic of the Convent Sweat. So we just just kept dancing around all the bumps and changes knowing it was a community venture – imperfect in all its beauty.

The fact is – all would be forgotten when the post-Sweat picnic sprawled out over the lawns on another lazy dance Sunday. Connections made, new friendships struck, kids running around and exploring the secret gardens. We are so fortunate to have built a long relationship with this wonderful, iconic, historic part of Melbourne. These days, I have even found forgiveness for the pedantic parking restrictions which made our gear load in unnecessarily difficult.

In the spirit of that imperfection – here we have it today. 10 years. Madhuma, the mother of this great brainchild is back in Bermagui and too sick to travel and be at the 10 year anniversary. I’m at a kids tennis event so on behalf of the team – Meredith will keep the Convent dream alive for another month. I’m texting Maduma for some reflections (which are below this post) whilst bashing out these words to somehow capture this brief moment of celebration – about how special this moment is for all of us.

We don’t need to worry really. Because it’s just another dance at this beautiful place and statistically there is a good chance that…it will be WONDERFUL. I’m sad to not be there this Sunday and so is Madhuma. But there will be another one, and another one. Each one is special because of who shows up. So whoever comes this Sunday – have a great dance with your community and celebrate this mini-milestone.
10 Year Anniversary Convent Sweat

Sweat Your Prayers was my entry point into the 5Rhythms. A dear friend brought me when I was visiting Sausalito, Ca. and I had no idea what to expect. Nor how many people would come, or how BIG a full basketball court really is.  Stepping onto the the dance floor taking in the apparent madness, gyrations of ‘free expression’ from hundreds of people of all  ages, on the floor, on the  walls..together, leaping between leopard skins, tripping around tiaras, hip Bumping to a Bluesy track.

So ‘Sweats’ have always held a special place in my heart. A place of welcome, of acceptance and strangely enough Hope. Hope for us to be able to be as diverse as we can be, and still share the space. And to RECOGNISE we’re doing that when we’re doing it. That it is possible, in fact beautiful – transporting, in those moments of Unity on the dance floor. 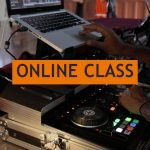